Balkan Countries Travel Planning 2017 is the summary of my two-month trip to three of the Balkan countries: Macedonia, Albania, and Kosovo, during the summer of 2017 (June – July). The pace of traveling was slow, in accordance with the flexibility I had to go and stay wherever I wanted with my car.

Travel Planning for the road trip through the Balkan Countries started a couple of months before the estimated departure. I couldn’t go anymore as I had planned in 2016 and I postponed the trip for one year. I used a Lonely Planet Guide for the southeastern Europe and the official tourism websites of Macedonia and Albania. I had names of places where I wanted to go and a vague idea of the order of the places I wanted to see. As I was going with my own car, I didn’t bother too much with the plans. I was flexible to go, stop, and stay wherever I wanted. I only searched for camping places on the ACSI Campings and Campercontact websites and saved some printscreens with the locations of some main campgrounds of the region.

– I had a rooftop cargo carrier from my sponsor CutiiAuto.ro

– a few days before leaving Romania, I booked on Airbnb an apartment for the first four nights in Skopje (the capital of Macedonia

When I left for the Balkan Countries of Macedonia, Albania, and Kosovo, all I knew was that I wanted to go to some places but I hadn’t fixed dates for them:

– stay in Albania for almost one month – arbitrary route from the South to the North of the country: from Sarandë, go along the Ionian and Adriatic Coast to Durës – Tirana – Shkodër

– go to Corfu Island for one week, probably with a ferry from Sarandë (Albania) – I dropped this plan because I decided to experience more the Albanian culture and lifestyle

– cross from Albania to Kosovo and follow the route Prizren – Peja – Prishtina and turn back to Skopje (Macedonia), from where I went home to Romania 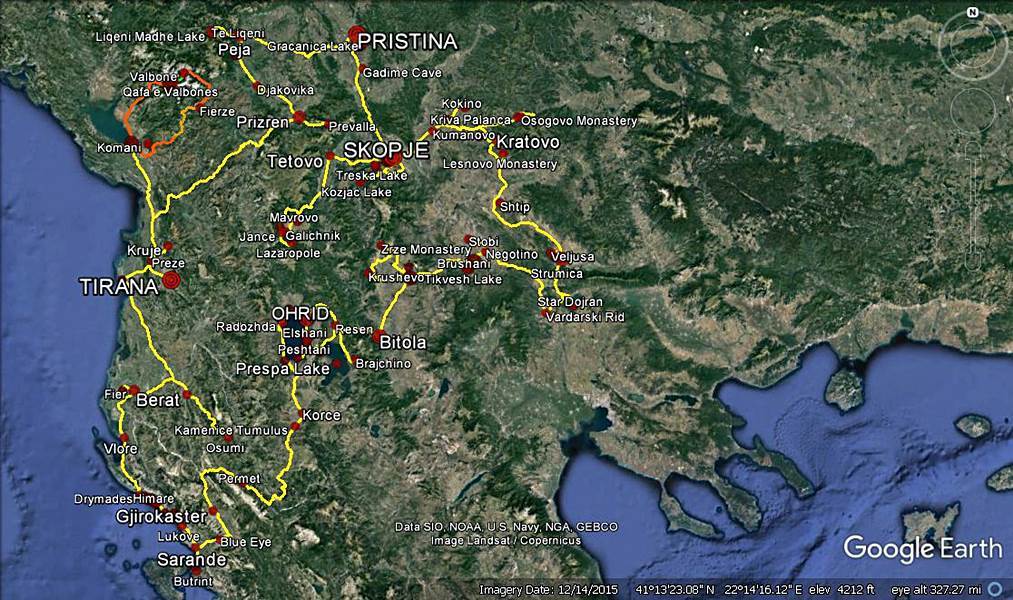 The final result of my trip through a couple of Balkan Countries, where I stayed for two months, is a series of 17 travel diaries (which I am writing now). Enjoy your reading and let me know your opinion about the Balkan Countries. Which is your favorite country? Why? 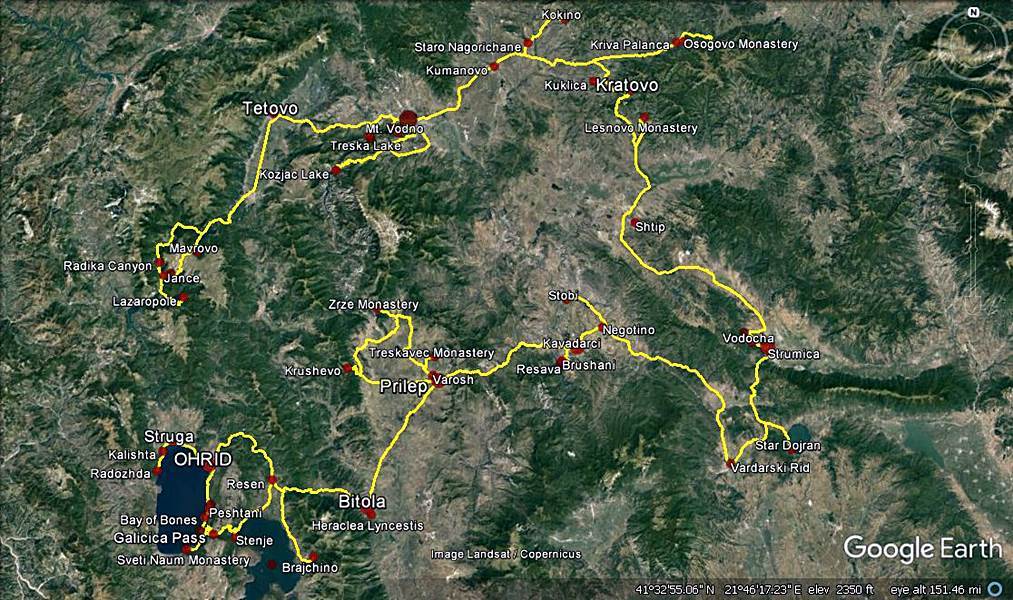 The version in Romanian can be found at Capitala Balcanica Skopje si zona Mavrovo, Macedonia (I)

The version in Romanian can be found at Capitala Balcanica Skopje si zona Mavrovo, Macedonia (II)

The version in Romanian can be found at In jurul lacului Ohrid, Macedonia (I)

Exploring the surroundings of the Ohrid Lake – Macedonia

The version in Romanian can be found at In jurul lacului Ohrid, Macedonia (II) 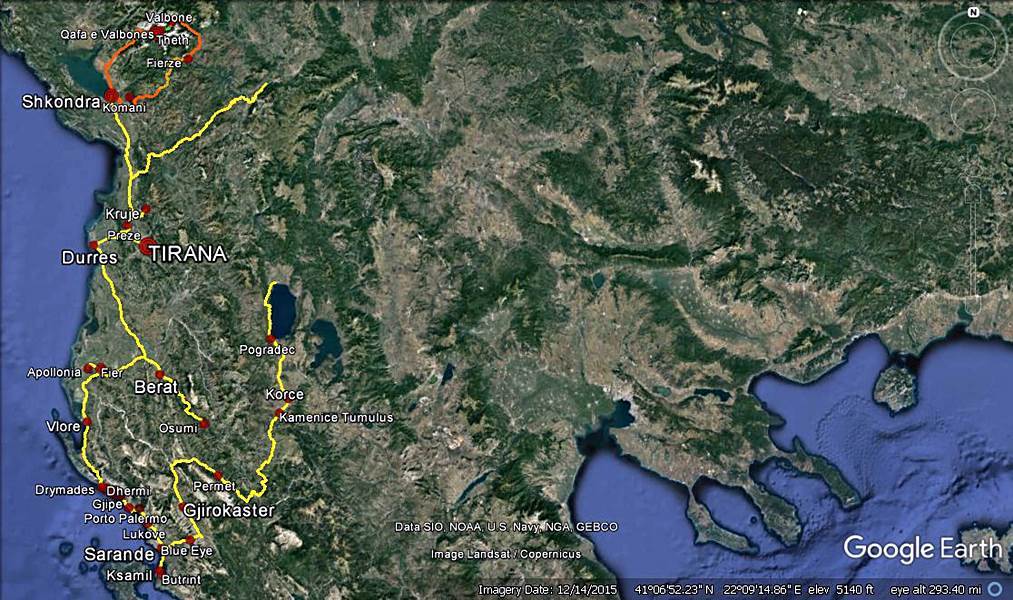 Crossing the mountains from Korçë to Gjirokastra (6 days)

Crossing the mountains from Korce to Gjirokastra, Albania

From the old town of Gjirokastra to the Ksamil Peninsula, Albania

The Albanian coastline from Ksamil to Vlorë (7 days)

The Albanian coastline from Ksamil to Livadhi, Albania

The version in Romanian can be found at Coasta Albaneză Ksamil – Vlorë: de la Marea Ionică la Marea Adriatică (I)

From Vlorë to the Ottoman town of Berat (4 days)

From Vlorë to the Ottoman town of Berat, Albania

From Berat to Shkodër passing Durrës and Tirana (6 days)

From Berat to Shkodër, passing Durrës and Tirana, Albania

Hiking the Albanian Alps from Valbona to Theth (6 days) 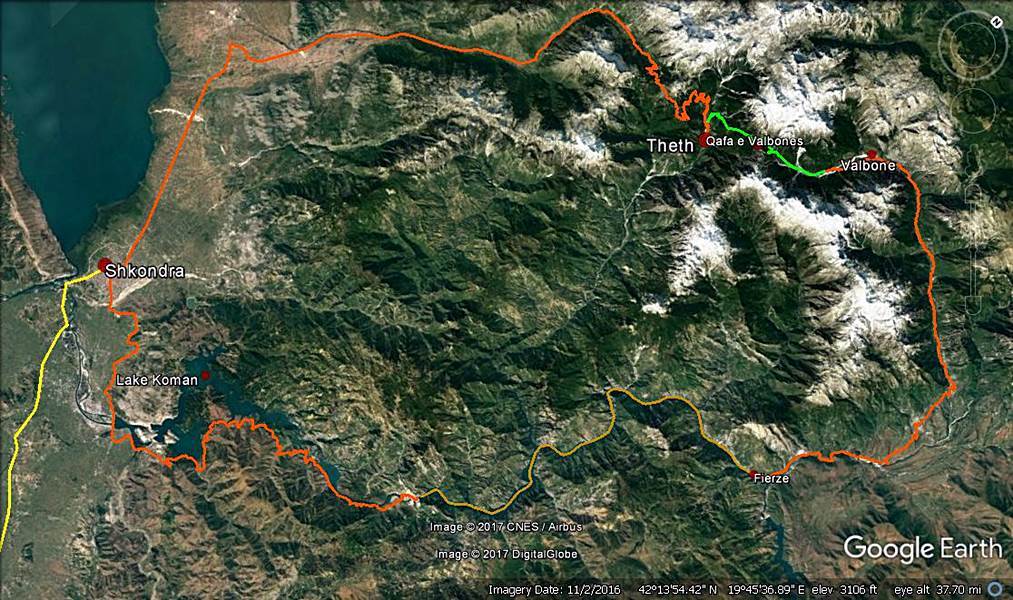 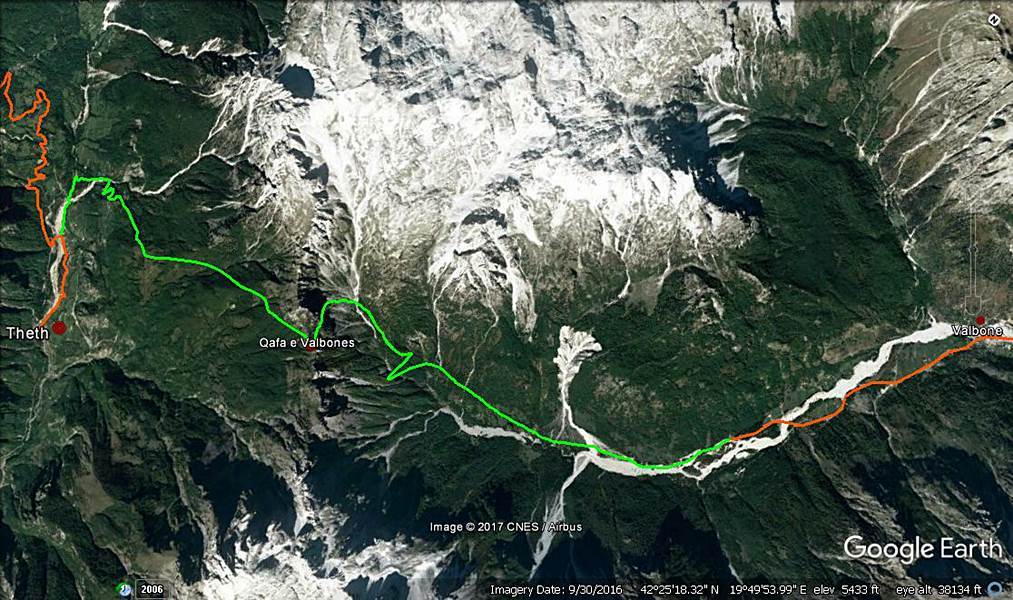 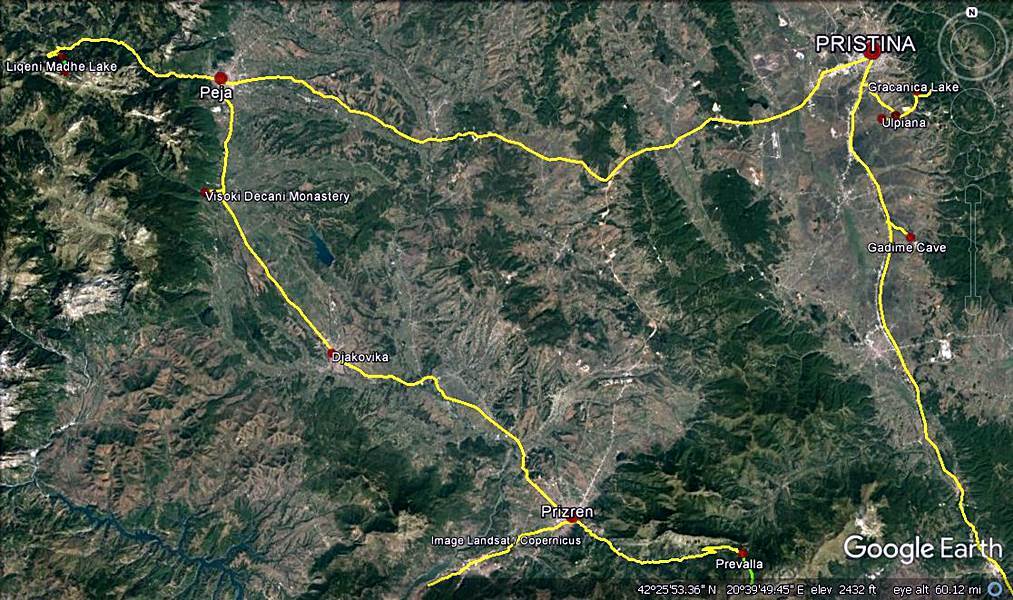 10 Days in Kosovo – Prizren and around

10 Days in Kosovo – from Prizren to the Rugova Valley, passing Peja

10 days in Kosovo – Peja and the Rugova Valley

10 days in Kosovo – the capital of Pristina

The return to Macedonia – Kumanovo, Skopje, and Kratovo