The first day in Pristina

Short Description. I left the Rugova Valley, and in the capital of Pristina, I met Julie for lunch. In the evening, I went to Brixhita’s house.

As soon as I left the Rugova Valley, I finnaly had internet signal. Thus I found out that in Pristina, I would no longer stay at Leonita’s place, but at Brixhita’s apartment. And for lunch, I would meet Julie from Australia. I had a hard time finding a parking place in the Kosovan capital, but I somehow managed to find a place and meet Julie. 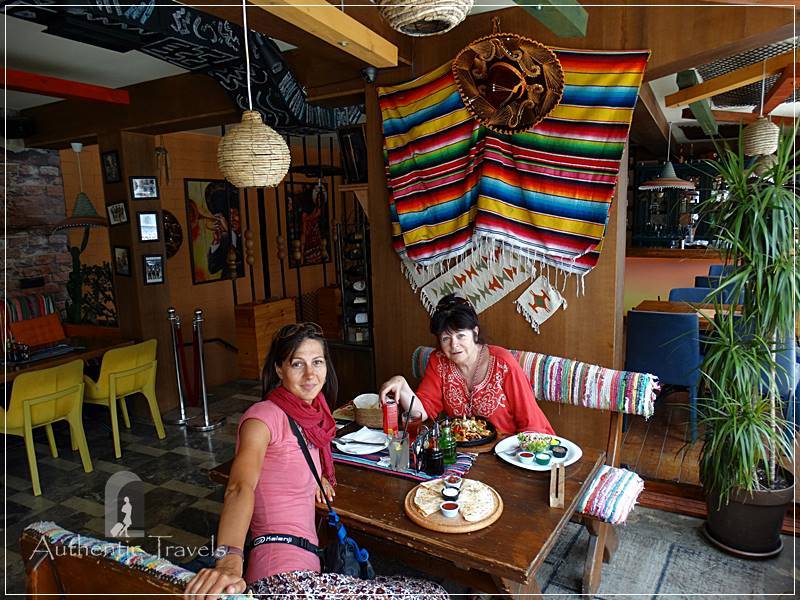 Pristina – lunch with Julie from Australia at a Mexican Restaurant

Julie was from Australia, where she had four children. Before she came to Kosovo, she lived in England. She came to Kosovo to replace a friend during her maternity leave and taught graphic design in a school for a while. Then she had had a cafe in Pristina but she had just closed it 6 months ago. At the time of my visit, she had a small NGO which ensured her legal residence there. Julie preferred Kosovo for its social life, with a very diverse and active diaspora. We first went to a cafe, then to a Mexican restaurant where I had quesadilla with chicken and very sour lemonade.

After lunch, Julie showed to me the National Library – a monument of modern architecture dating back to the 1970ties. The library had a simple volume finished with square wire on the outside. After that, we went to Julie’s house, where she had two kittens: a small one – very energetic and constantly mewing, and a bigger one – it slept on his back, with its paws pointing exactly upwards. I couldn’t stay at her place because she had already been hosting an Italian, Dario, who played guitar in the street for some money. 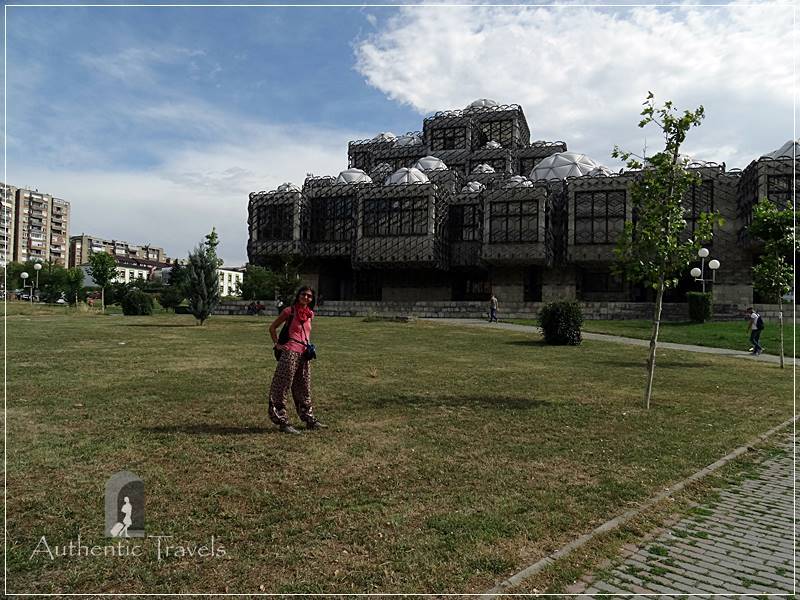 In the evening, I met Brixhita at the Clock Tower. Then we met Tom in the city center and went to Brixhita’s home all the three of us. Tom was Irish and lived with his family in Greece. He hitch-hiked through the Balkans. Brixhita had come from Albania and worked in an architecture office in Pristina, where she had rented a house with a terrace and courtyard. Brixhita participated in many architecture competitions which took place in the region due to the communist context (very challenging for architects). She told me about Libeskind’s office in Belgrade. In the evening, we all cooked pasta and salad while Brixhita and Tom enjoyed a beer too.

The second day in Pristina

Short Description. I went to the Sultan Mehmet and Jashar Pasha mosques, then visited the Kosovo Museum and the Ethnographic Museum. I returned to Brixhita’s place in a quiet neighborhood of the Kosovan capital.

During the first half of the day it rained in Pristina and therefore, I went to the city center only at noon. At the Sultan Mehmet Fatih Mosque, old Muslims were getting ready for the prayer. All of them had berets on their heads and were performing their ablutions at the fountain in front of the mosque. After I visited the mosque, a young man accosted me and started to explain to me the importance and the vast spreading of the Islamic religion around the world. For him, Islam seemed the most beautiful religion and couldn’t understand why Romanians aren’t Muslims. I succeeded to elude in an elegant way and crossed the street towards the Clock Tower. Then I headed toward the Jashar Pasha Mosque, where the muezzin was still singing in the loudspeaker. 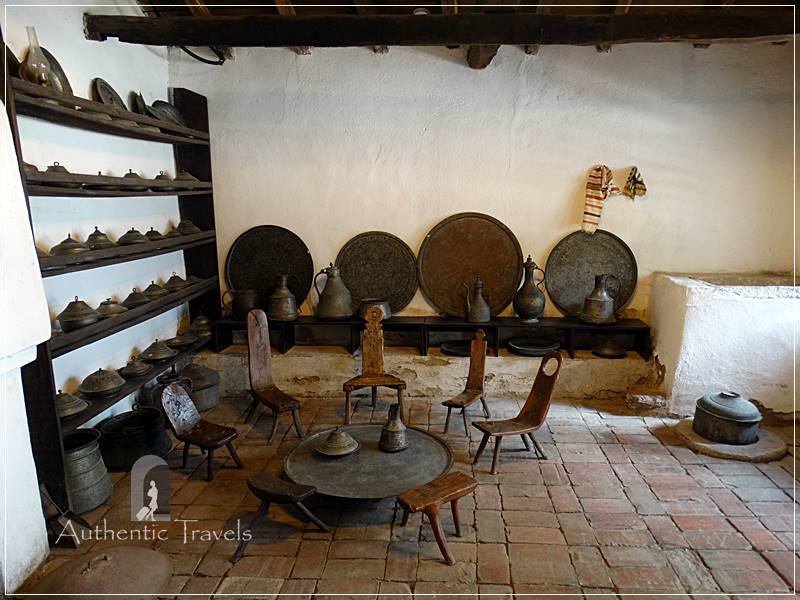 The Kosovo Museum hosted an exhibition with Neolithic artifacts. Not far from there, an Ottoman-style house with a large, shaded veranda housed half of the Ethnographic Museum. Whereas another traditional house exhibited panels regarding various aspects of the Albanian life: birth, marriage, death. The old bazaar in Pristina had just one street with mixed shops on both sides and it ended with the fruits and vegetable market – a true hubbub from where I managed to get away without buying anything. I had a hard time finding a terrace where I ate beans with meat and a mixed salad. When it started to rain, they offered to me two glasses of Turkish tea on the house. 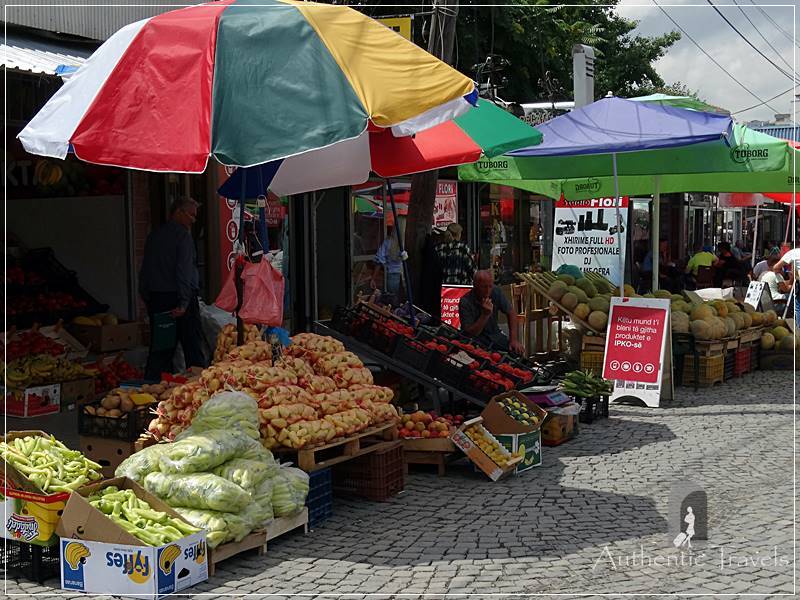 In the evening, Brixhita texted to me that she would come home late. Therefore I took advantage to recover and sleep as much as I needed.

The third day in Pristina

I spent some time with Brixhita while we had our morning coffee on the terrace. At noon I again met Julie in the city center. We had a daily menu at a restaurant on the main pedestrian street (soup, fish fillets pane) and drank a flavored cafe machiatto. Then we went to a tailor shop where she bought some material for a dress. In the afternoon, I met Leonita – a native Kosovan who told me about her travels to Moscow and Ukraine. As a video-editor, she felt very proud of her job. In the evening, I dined with Brixhita and chatted until we couldn’t keep our eyes open late at night.

From Pristina back to Macedonia

Short Description. I left Pristina and stopped at the Gracanica Monastery and then at the archaeological site of Ulpiana. I took lunch after I visited the Gradime Cave. In the afternoon, I arrived in the town of Kumanovo in Macedonia.

From Pristina, I headed to Gracanica – a highly tourism-developed suburb of Pristina, packed with stalls, vegetable markets, hotels, and restaurants. Part of the UNESCO medieval monuments in Kosovo, the Gracanica Monastery had been listed due to its unique combination of interior frescoes painted on tall arched pillars and elongated steeples. Several buildings with nuns’ cells surrounded the central church. As I was walking by, a nun banished me in Serbian to not walk anymore in front of ‘her’ cells – I didn’t understand what she said but I could guess. 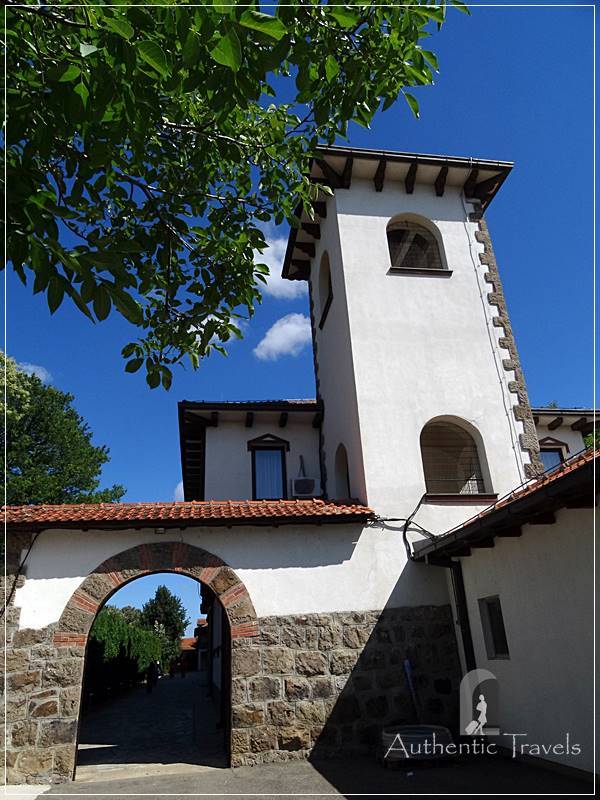 Close to Gracanica, I discovered the archaeological site of Ulpiana, the largest Roman archaeological site in Kosovo (surprisingly well arranged and preserved). Located on the Roman road linking Constantinople to Rome, the site included a Roman castrum (with a Paleo-Christian basilica, a pagan temple, tabernae/ tavernas, thermae with hypocaust system well-preserved, entry gates to the castrum), necropolis, archiepiscopal basilica, and an enormous baptistery. A team of French archeologists were digging on site and regularly emptied barrows of gravel. A limping doggie irremediably fell in love with me. 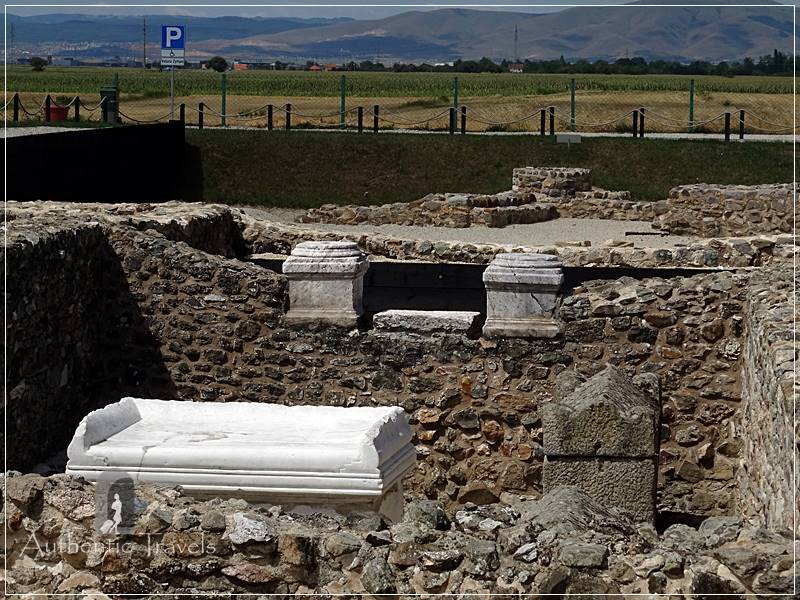 Ulpiana Archeological Site, near Pristina – the memoria (an edifice that served as a collective grave construction)

Before I crossed the border to Macedonia, I took a detour to the Gracanica reservoir, then drove through heavy traffic toward Gradime. The cave in Gradime had been discovered in the courtyard of a local and it was entirely dug in marble. The guide spoke only Albanian, but the tall, mighty stalactites spoke for themselves. At the cave’s entrance, I devoured a schnitzel at the nearby restaurant, then drove toward Skopje and Kumanovo. In Macedonia, I encountered a heavy traffic and a long queue at the highway’s peage. The time I gained on the highway I lost it at the peage. I bypassed the capital of Skopje, then got lost when I arrived in Kumanovo. Eventually, a local riding a motorbike helped me and escorted me to Nate and Goran’s house, where I had planned to spend the following three days. 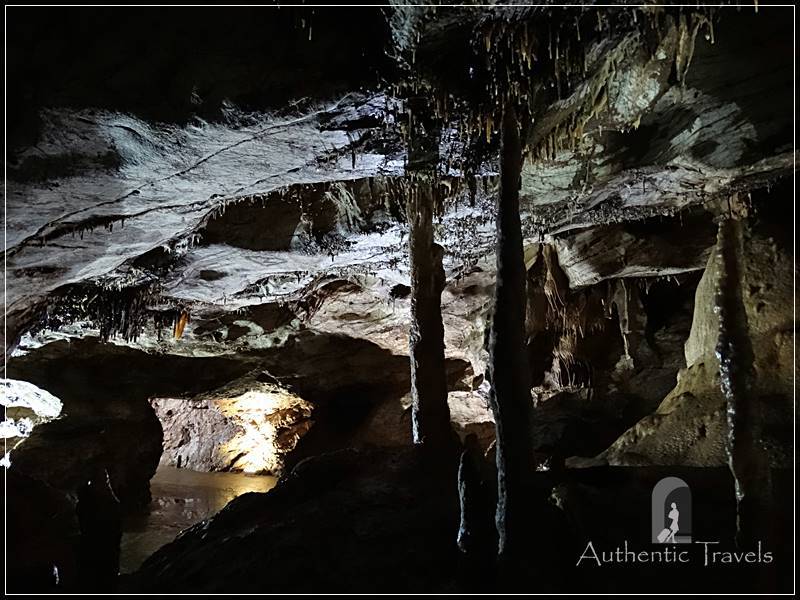 Gradime Cave – one of the only caves in Kosovo

A few days in Kosovo’s capital – Pristina is the last diary from a 10-day road trip through Kosovo. The previous diary, my second post from Kosovo can be found at From Prizren to Pristina – through Peja and the Rugova Valley. And here are all my Travel Diaries from Kosovo, the Balkan Countries (x3).

Have you been to Kosovo or plan to go there? Leave a comment below this post and tell me what you liked about Kosovo or what you’re interested to see there.

18 Responses to “10 days in Kosovo – the capital of Pristina”