The photos in the Nepal Gallery were taken during a two-month trip to Nepal, in the fall of 2016.

A general overview of this trip can bee found at Nepal Travel Planning. 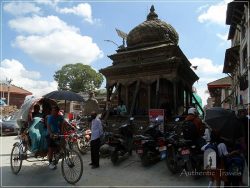 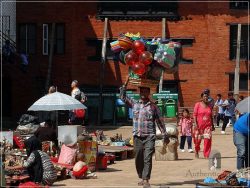 Kathmandu – Basantapur Square – everybody sells something 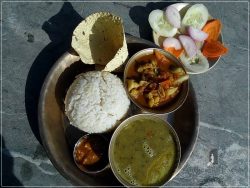 Kathmandu – Eating dhal bhat for the first time (of course, I didn’t know how to mix up all those things) 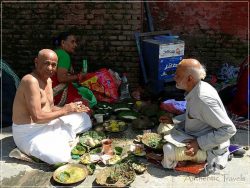 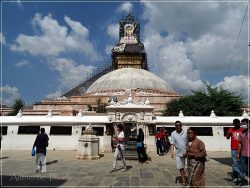 Bodhnath Stupa (around Kathmandu) – pilgrims walk clockwise around the stupa 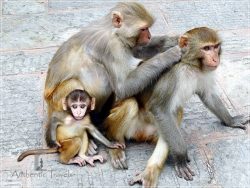 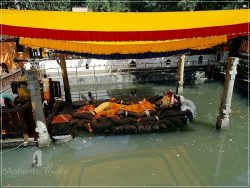 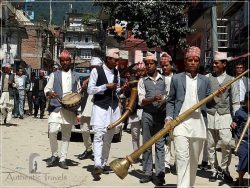 Budhanilkantha (around Kathmandu) – a local wedding 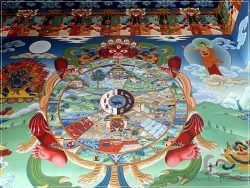 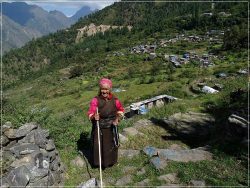 Chitwan – Sauraha: the Evergreen Ecolodge – my nest for 5 nights is up in the tree

Chitwan – Sauraha: elephants walking down the street while the mahout is speaking on the phone. Something common for the everyday life in Sauraha

Chitwan – Sauraha: Elephant Ride through the Baghmara Forest. The rhino that had a contract with the Chitwan National Park. It didn’t move from there when he was surrounded by 10 elephants ridden by tourists.

Pokhara: at the World Peace Pagoda

Pokhara – Going down from Sarangkot: with our ponies

Ghorepani Trek: Banthanti – children going to school in the morning (in the background is Annapurna South Peak)

Ghorepani Trek: going up from Ghorepani to Deurali Pass (the Dhaulagiri Himalayan Range in the background)

Ghorepani Trek: from Jhinudanda back to Nayapul – that’s how a real porter looks like during his work. The load is bigger than him.

Ghorepani Trek: from Jhinudanda back to Nayapul

Pokhara to Kathmandu – Gorkha: religious ceremony at the Gorkha Durbar

Pokhara to Kathmandu – Gorkha: a goat waiting to be taken to the temple for being sacrificed